An End to Suffering 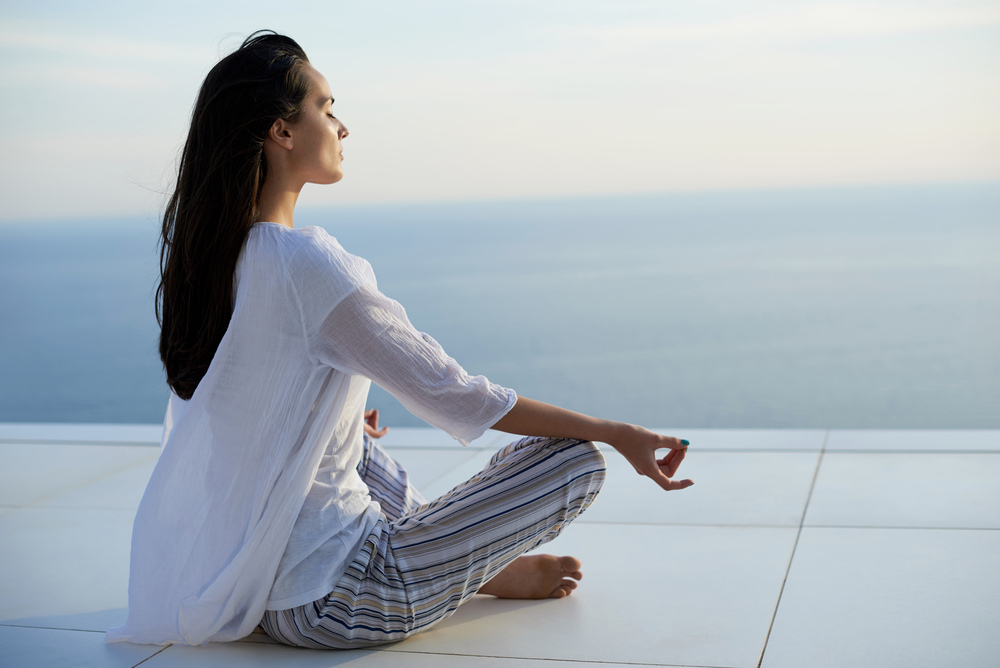 We need a massive, planetary paradigm shift. This all starts with our human state of mind. Let’s begin with a discussion about our current, collective belief about what is going on here when it comes to suffering.

A belief is merely an idea or perspective that is presumed to be true. We have presumed many things on this Earth, so let’s look at the big picture of what is commonly believed.

Here is the most destructive idea about what constitutes a human being: It is believed that to be human means to possess both good and evil in one’s consciousness. It’s believed that we are deliberately created this way by God.

Let’s examine this belief for a moment. Why would God create beings that possessed both good and evil? What would be the point? Can you think of a single, positive reason for this?

Some might say that this is a weird game where we are supposed to learn to choose the good and overcome the bad. Well, if that were true, then it would be God’s weird game, which is highly doubtful. A powerful, all-loving creator has to be a lot more intelligent than that, for heaven’s sake. 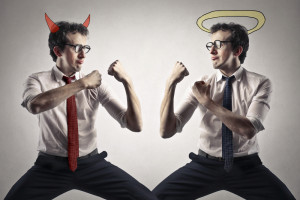 In fact, that would be the ultimate of silly games, wouldn’t it? It would be as though God said, “Hey, here’s a fun idea! I’ll make these people with competing experiences inside their consciousness. I’ll make it so there is a never-ending war going on in their minds. I’ll make it so they live 24/7 with an internal battle between right and wrong, good and bad, love and hate.”

“I’ll tell these beings that it is their job to win their internal war by siding with the good. And if they fail, I will punish them with even worse, more horrible experiences than the ones they were fighting against. That’ll teach ’em!”

“Next, I’ll send them to Earth with no instructions and watch the show. This oughta be good!”

Doesn’t that sound a bit ridiculous? Common sense alone rules out that argument.

This may sound funny, but in truth, it is deadly serious. Here’s why. If we continue to believe that God made us this way on purpose, that belief also presumes that God created suffering as well, because suffering is the absolute outcome of fighting this battle.

But here’s the worst part. This false belief implies that our job on Earth is to fight this battle and win. If that’s true, then how are we doing? Are we winning? Of course not. Things have continued to look more bleak than ever for thousands of years and counting. 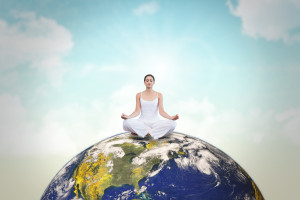 The idea that we are supposed to win this battle is a total red herring. It serves only to distract us from our real, collective purpose. Our collective purpose is to function as creators and play an active role in Earth’s evolution. That is a vastly different role than fighting a battle.

In order to function as creators, we must first stop and gather our wits about us. We must exit the battle and examine what is really going on here. A creator steps aside and engages a higher level of intelligence in order to determine an overview.

The overview is actually quite simple. It starts with the premise that God is omnipresent, infinite love. That means that our creator can only beget oneness and love. Nothing else is possible. In this truth, suffering is definitely not possible. It can’t exist under any circumstances whatsoever.

As long as the source of fear, or this principle, is present in our universe, the battle will go on. And there is no winning. There is only a perpetuation of more of the same. The principle ensures that. 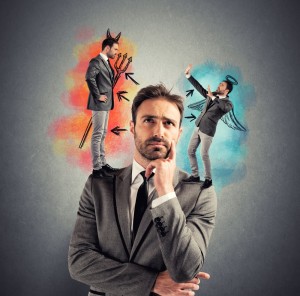 So don’t consider your purpose to be winning a battle that is not winnable. Instead, see yourself as a powerful creator who can partner with the benevolent forces in this universe to finally eradicate this principle once and for all.

This principle does not get eliminated by fighting it. There is no battle in omnipresent love. It will be eliminated by clarity and by coming back into a space of consciousness that acknowledges the truth of who we are as creators.

How do we function as creators at a higher level?

We have the power to completely transform this planetary dimension of life. But we have to start by evolving ourselves. We have to give up the belief that our task is to win the battle. We have to acknowledge that the battle should not exist in the first place. 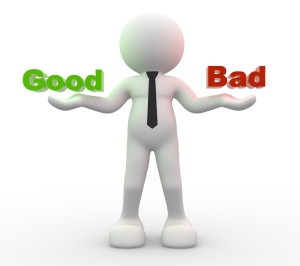 Something is causing our inner battle, which ultimately manifests as an outer battle in the larger world. Something is causing an illusion that the universe is split into 2 parts: good and evil, or God and not God. This illusion of duality supplies us with a never-ending experience of love and hate, health and disease, joy and sorrow, courage and fear, clarity and confusion, life and death, finite and infinite, etc. We live in a perpetual experience of the battle between these polar opposites. All of this adds up to struggle and suffering.

A creator recognizes that this condition is erroneous and not who we are. A creator realizes that if this is our condition, something exists that permits it and that “something” needs to be eliminated. A creator does not pray to win the battle, but instead sets forth an intention to have the entire underlying problem eliminated once and for all.

A creator knows that if you eliminate the cause of duality, then suffering can no longer exist in any form whatsoever.

But wouldn’t that end life as we know it?

There are some who will say, “Hey, if that stuff wasn’t happening, what would we do? There would be no challenge to life and things would be incredibly boring!”

To those people, I would say – Have you no imagination? But this is what happens when you spend many thousands of years in a battle. You completely forget that there is way more to a legitimate planetary life than this phony battle of duality. There is something called empowered creation. But we never get to that here on Earth. We spend every waking moment struggling for oxygen. Struggling to just stay alive and survive.

So where do we start? 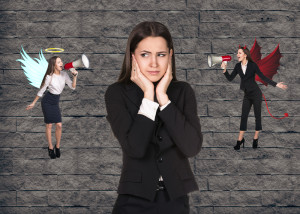 We start by giving up the false notion that we are comprised of good and bad. We aren’t. We are all love. 100%. The manifestation of good and bad is a symptom. It is a signal that something has gone wrong and needs to be corrected. It is a sign that some underlying, erroneous principle has taken hold in our reality and is causing this collective experience of duality. It tells us that we need to intend the final elimination of this principle, which will thereby restore us and our planet to a true state of infinite love and oneness.

On a practical level, we begin this process by having clarity about this and holding the intention stated above. Then we apply this clarity to our individual situations. If we are manifesting good and bad in our lives, it’s not because this is who we are. We need to stop identifying with this condition and see it for what it is. We need to cease judging and berating ourselves for a condition that has nothing to do with the truth about us. 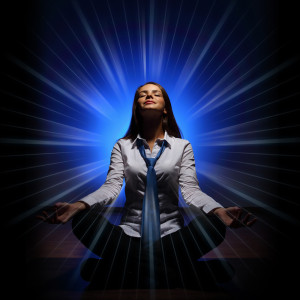 Next, we start learning to manifest in our individual lives. We start acting like creators instead of victims. We find our strength again. By finding strength in our individual lives, we become more capable of understanding our wider role in the planet’s evolution. We start to wake up to the fact that we live in the universe and that we are necessary participants in a much broader context.

The more that we awaken in this way, the greater are our chances of playing a conscious, active role in the restoration of our beautiful planet to its original state of infinite love and presence. And thus the sooner we can all return to a universal state of oneness with the rest of the cosmos, where there is no such thing as suffering and all exists as a beautiful expression of divine and perfect love. 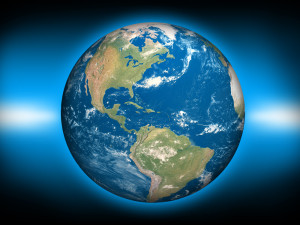 What do you think about this topic? I’d love it if you share your thoughts with me below!

18 comments on “An End to Suffering” 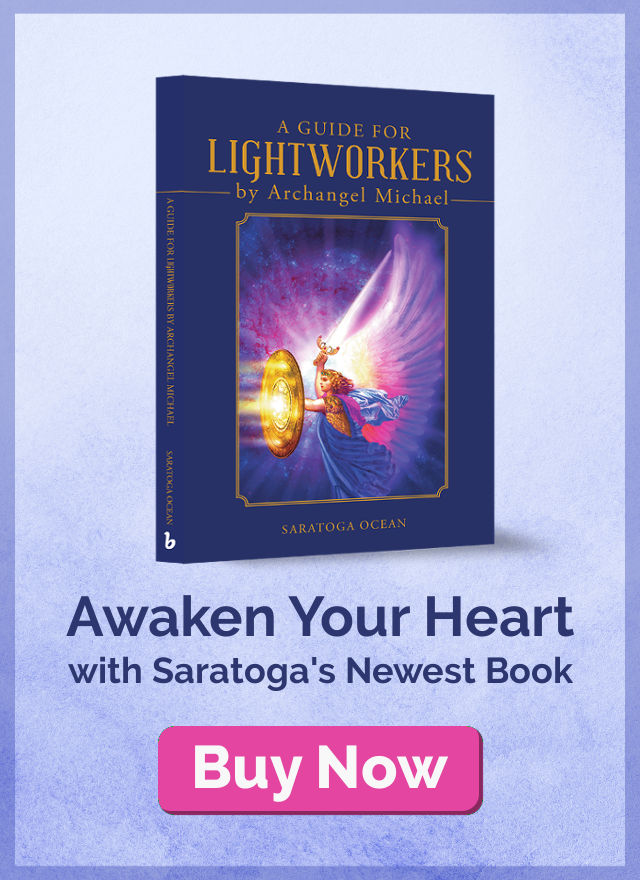