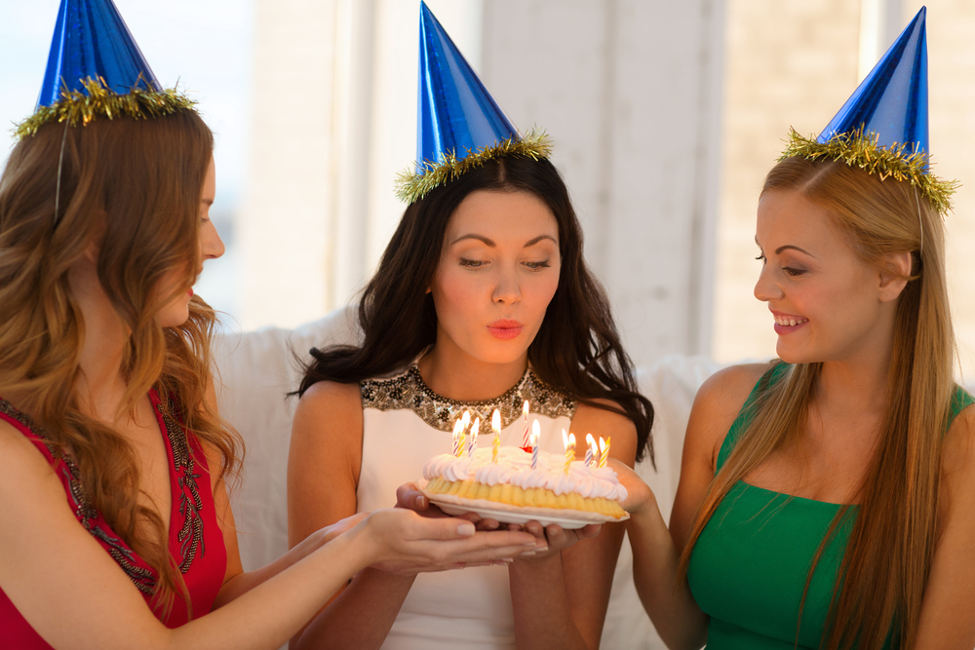 From the day we are born, we are tracked by our age. Throughout childhood, our viability as human beings is measured by what we do and when we do it. This measuring stick follows us through our entire lives, as some sort of ominous dictator that shadows our every move.

At the beginning of my work with Telstar, I was offered this one simple piece of advice: “The best thing you can do for yourself is to forget how old you are.” I immediately saw the wisdom in this simple suggestion, and it worked incredibly well until I had two children. It starts at conception with questions from perfect strangers like, “How far along are you?” and “When is your baby due?”

It’s like we can’t figure out how to place the child without knowing its age, even before it leaves the womb! I remember going to the obstetrician who used my age as his sole determining factor as to how to proceed. I was stunned that my actual state of health was more of an afterthought.

I do understand that there is a place in healthcare for knowing one’s age, but let’s leave that to the healthcare professionals. That’s not what this writing is about. I want to address the profound effect on the mind when we become obsessed with how old (or young) we are. 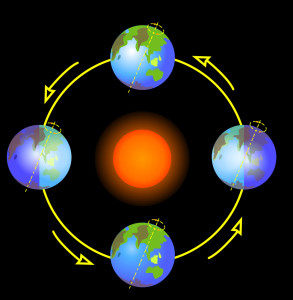 I don’t believe in celebrating birthdays. It’s not that it’s a bad thing. It just seems rather strange to be so obsessed with counting how many times Earth has revolved around the sun since the day you were born. Yet even that would be okay if it were merely viewed as an amusing hobby.  But it becomes a serious, debilitating problem when everything in your life begins to hinge on that number.

So I was happily going along, not ever thinking about birthdays until my children reached an age of awareness about them. Not wanting to deprive them of this popular social custom, we began celebrating birthdays like everyone else. I even found it fun! But after years of doing this, it starts to go from being fun and spontaneous to more obligatory and oftentimes inconvenient. (Be honest – haven’t you felt that way yourself, when all of the birthdays that you are required to celebrate begin to add up?) I was so much happier when we simply celebrated for the sake of celebrating, instead of being ruled by the calendar! 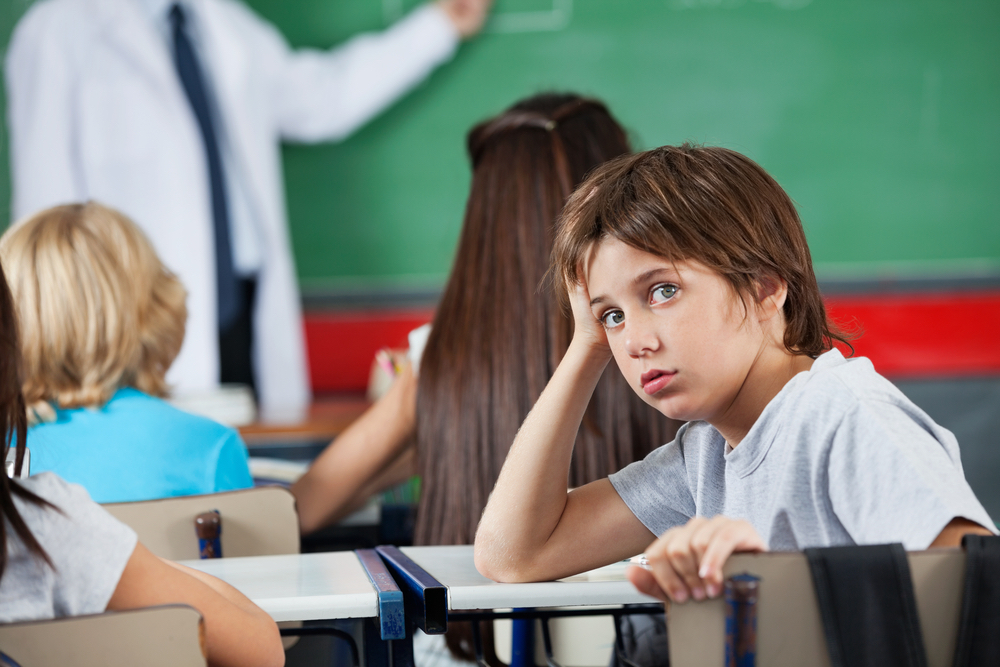 But here’s where the larger problem begins. It starts with birthdays and then moves into “What grade are you in?” Now you get to be measured by two calculations. Your age and your grade in school. This is how we learn to conform and become more and more detached from our individual selves and our own special uniqueness in the world.

We are given our marching orders by our age and our grade in school, and our duty is to fit in with where we are supposed to be according to this societal algorithm. It is not uncommon for children to feel depressed and suffer from low self-esteem if they are unable to fit into their prescribed location on this social map.

Sometimes I think that we treat our plants better than this. If you have a garden, you will not expect every plant to grow at exactly the same rate and pace.  You will probably recognize the uniqueness of each plant, and likely do things to assist each one in reaching its full potential as an individual lifeform. After all, this variety in the life and development of plants is what makes a garden beautiful! Fortunately, nature compels you to see things as they are in their natural state.

What happens later on? 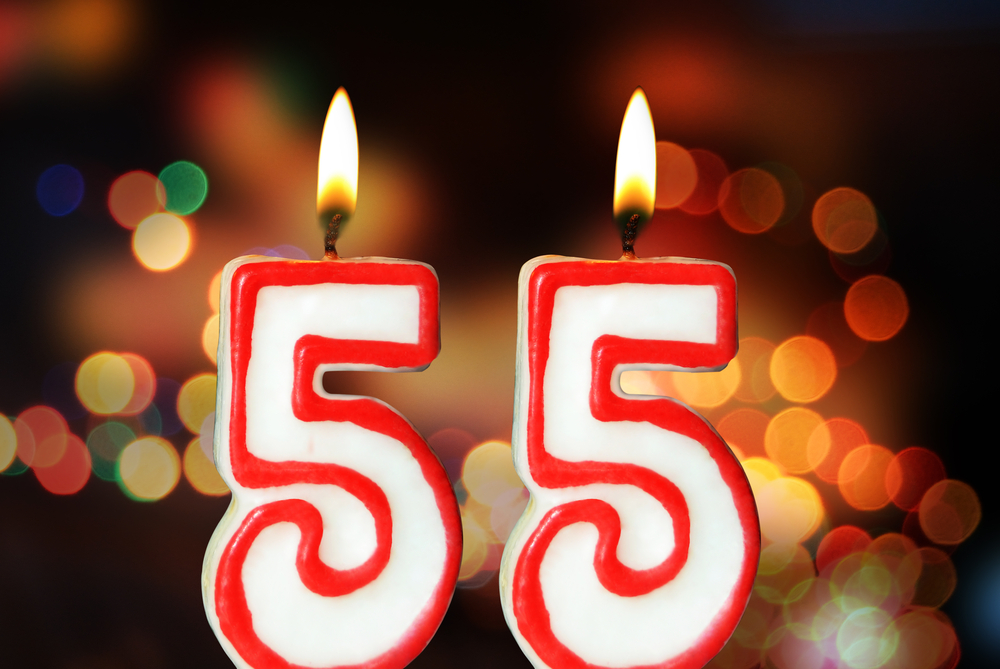 Many people thrive for years as they celebrate birthday after birthday! But then something insidious starts to happen. The very same clock that urged you forward to the heights of accomplishment, now begins to turn against you. Now that same clock is telling you that you are too old.

This downturn can start at a relatively young age. You can be 30 years old and think you are too old because your next stop at the “decades train station” will be 40. And on and on it goes, just downhill from there.

Now this is not to say that bodies don’t deteriorate at a certain point. But just as we grow up at different rates, we also decline at our own unique rate as well. So why accelerate that process by mentally using the clock against ourselves?

What is the cost of focusing on age? 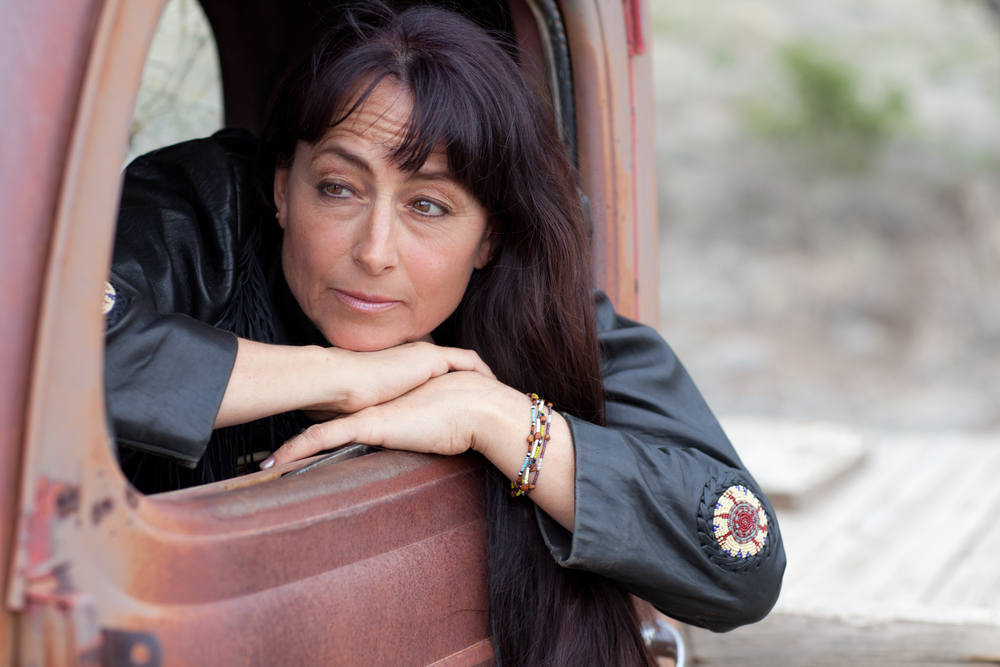 The cost of allowing the ominous measuring stick of age to control your life is high indeed. The highest cost is that it becomes nearly impossible to live in the Now, and connect with your own body as it actually is. It becomes very difficult to remain fully conscious. Your focus on age will supplant your true experience of where you actually are right now.

When you live under the arc of aging, that arc may start off with encouragement to go forward in life, but later on that same arc will begin to repress your thinking. You will start to expect decline and have lower expectations of yourself because the calendar says so. This increasingly dimmer view of life will begin to suffocate your ambition, because “After all,” you will tell yourself, “It’s too late for me.” But is that really true? What if you didn’t know any better? What if you didn’t know that you were supposed to be winding down in your expectations of life?

Why an ageless life is better! 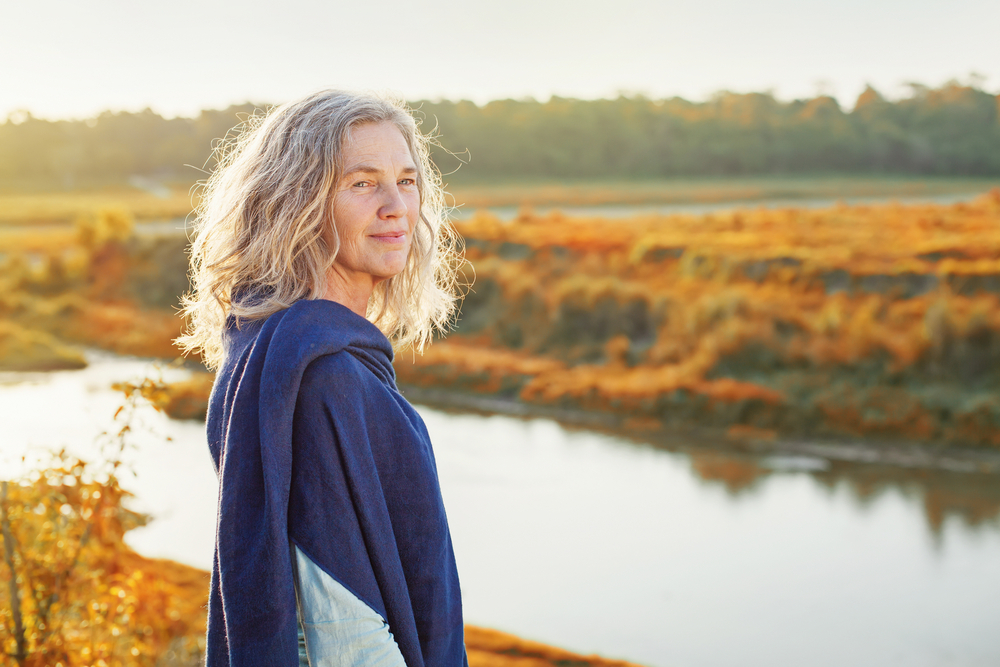 Let’s look at it this way. There is really no such thing as age. We live only in the moment called Now. That is a fact. Try to get out of the now. You can’t because it’s impossible. Past and future reside only in our minds. Every experience happens in the now.

When you set aside the false belief in past and future, and thus age as a real thing, you are left only with the now of things. So let’s explore what that means.

You are an infinite being living in a finite world. There is an inherent foreverness to your existence. Yet you currently find yourself living through the pitfalls of a finite experience. One of those pitfalls is something called entropy, which is the gradual dis-integration or fragmentation of something that was once intact as an organized structure or creation. We call this a reverse-flow of energy when it comes to creation. The laws of physics in the finite do not allow any creation to sustain itself indefinitely.

What we call aging is actually disintegration. Therefore time does not “age” us. Time is merely a measuring stick. What causes this disintegration are the simple laws of physics that occur in a finite universe. The experience of disintegration happens in the now. Time is a blueprint that measures the progression. 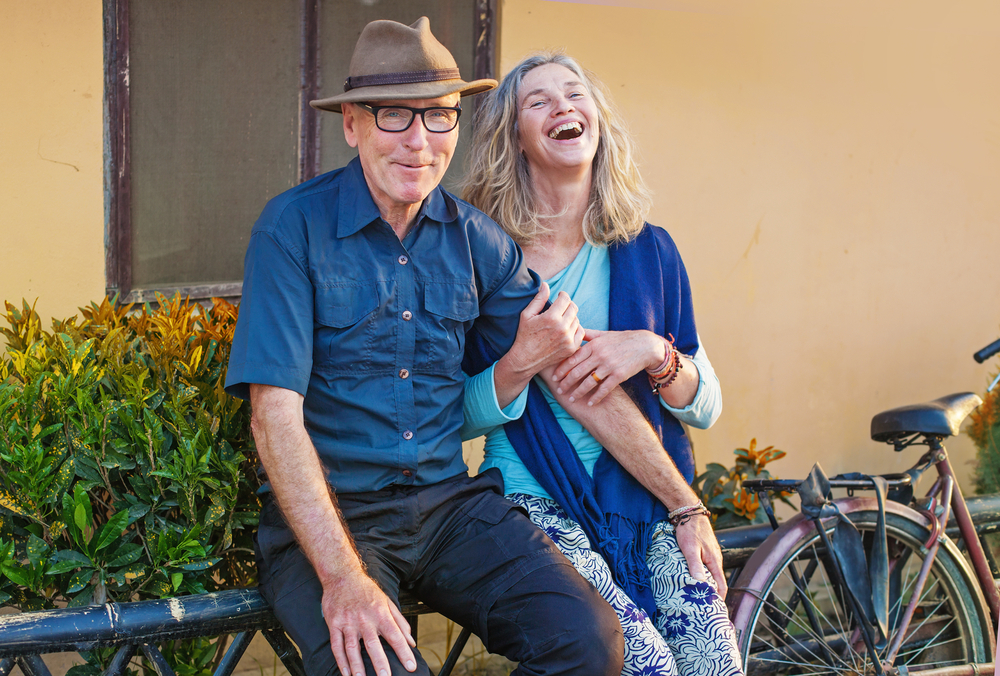 So place yourself in the now as an infinite being. How much influence does your own consciousness have on this progression? It might have more than you think. If you amplify your own dis-integration on a physical and life level by focusing on age and what you think it means, then you will likely accelerate the speed of that progression. If, on the other hand, you view your life for what it is in the now, as an infinite being, you will likely have a more positive influence over how you experience this progression overall.

You will preserve your ability to enact your intelligence, your ambition, your life force, and your creativity to a much greater extent.

So throw out the notion of age and allow yourself to become age-less. That way you can deal with your life as it actually is, instead of how you think it’s supposed to be. You can stay grounded in the universe as an infinite being who has the wisdom to understand the situation that you find yourself in here on Earth, and make the most of that situation while you are here. 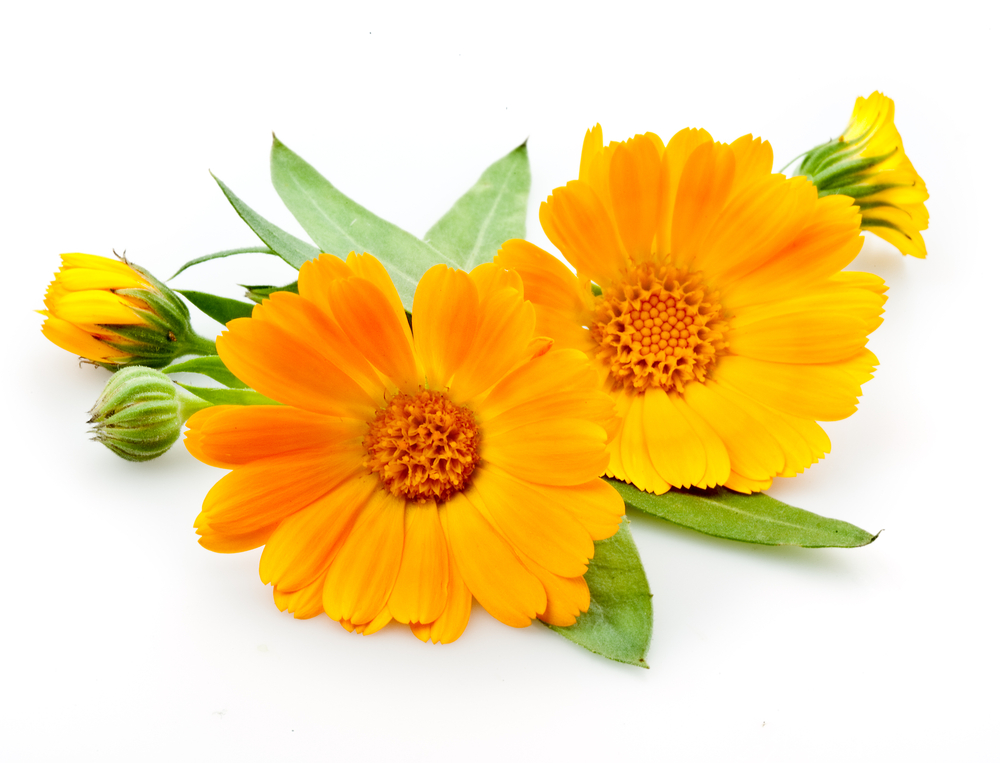 I would love to know your thoughts on this topic. Share with me in the comments below!

21 comments on “Why Age Shouldn’t Matter”